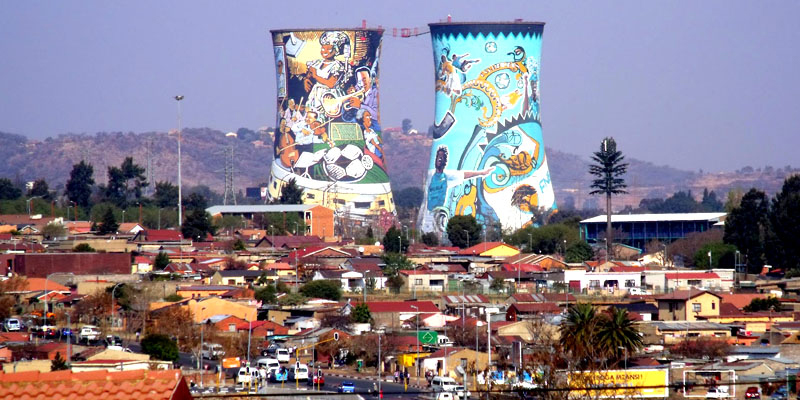 This tour will help you understand the history of South Africa during the Apartheid years. Take a walk at Vilakazi Street which is the only street in the world where you will find the houses of two Nobel Peace Laureate, Desmond Tutu (awarded in 1984 for his efforts in resolving and ending apartheid) and Nelson Mandela (awarded in 1993 jointly with Frederik Willem de Klerk “for their work for the peaceful termination of the apartheid“); visit Nelson Mandela House Museum; Hector Peterson Memorial Museum and Motsoaledi, one of the informal settlements in Soweto.

The establishment of Soweto is, like Johannesburg, linked directly to the discovery of gold in 1885. Thousands of people from around the world and South Africa flocked to the new town to seek their fortunes or to offer their labour. Within 4 years Johannesburg was the second largest city. More than half the population was black, most living in multi-racial shanty towns, near the gold mines in the centre of the town. As the gold mining industry developed, so did the need for labour increase. Migrant labour was started and most of these workers lived in mine compounds. However other workers had to find their own accommodation often in appalling conditions.

With a population of over 2 million, the township is the biggest black urban settlement in Africa with a rich political history. Soweto was the centre of political campaigns aimed at the overflow of the apartheid state. The 1976 student uprising, also known as the Soweto uprising, started in Soweto and spread to the rest of the country. Many of the sights on the heritage route therefore have political significance.